Hi, I'm Clément. Just like you, I'm a human (apart from google's bots, but technically, they don't really "read" this lines...). I'm a son and a father, like many humans too. I'm at the age where you find that the life - all lifes - are pretty cool.

I followed (very) long physical geography studies, clearly in geomorphology. I worked on the natural landscapes history in a region between two rivers in the french south Alps, two rivers called Buëch and Durance. You will find below a little explanations of this scientist researches and my science. To be simple, a landscape is, for me, like a book whose I can read and explain the plot. You can find here my researches work.

After some scientist researches years, some teachering in university and highschool, I change for a more manual life : ballroom machinery, mason ... and after : drinking water supervisor, management of cultural events, farm worker ... and now ... distiller of floral water, soapmaker, geomorphologist.

What does this have to do with anything?

It was upon a time (maybe it was in 2010), I realized that my skin was very ... damaged. And this day (I was mason then), I realized that this was the fault of my cheap soap. As I like doing things by myself, I tried, for the first time of this life, to do a "soap". 100% olive oil. I might as well tell you right now : I failed. It was ... old green, slime in water, no bubbles ... disgusting. But : I've try it on my body. And my skin was healthy! So incredible! I've try an other recipe, and an other recipe, and an other ... and I became a soapmaker.

I wanted to create a little soapery in 2011, maybe it would be named "Le petit Sigonce" (Sigonce was the little village where I lived then). But it was too early. In 2013, I jump : I change my life, I go away from Sigonce for the Alps, in Selonnet. I prepare an adventure in yurts, just here, in the mountains. I meet a Love. In this changing times, why not create a soapery ? "Un savon sous la Yourte" is born, in 2013, in the landscape of Selonnet.

And you know what ? Like a good thing will never come alone, I found other good working places in exactly the same time : here, I'm soapmaker, but also geomorphologist researcher for an archeological french institution, and also farm worker for a distinguished herbalist-farmer. Before all, I stay a yurt inhabitant because life in this nomadic conditions is like a hard work where you have to do all things in all times. And I like it!

Soaps, yurts, kids, Love ; the all in Nature that I read like a book in progress...

You want know more about my soapery ? It's by there !

If you want, I can tell you the title of my Phd thesis (If you don't want, it's too late): « Les feux et la morphogenèse postglaciaire dans les Alpes du Sud », i.e: "Fire and postglacial morphogenesis in the french south Alps". My researches were in the area of Laragne-Montéglin / Gap / Sisteron between Buëch and Durance. I tried then to create a parallel between forest fires (anthropic or naturals) and erosion rhythms in the little torrents from this beautiful landscapes, actuals and ancients (until -15000 yrs BP). This works were under the direction of Cécile Miramont (then potter - geomorphologist). These researches were deeply multydisciplinary: we link different sciences to a same hypothesis (geomorphology, dendrochronoplogy, archaeology, anthracology... and a lot of things who end in -ology). The work was realized in 3 times : Prospection and sediment sampling (the best part) - Laboratory analysis (the boring part) - Interpretation and transmission (the brainstorm part).

I never lost this fiber. My actual work with the archaeologists of the Alpes de Haute-Provence (french administrative area, like a county council in UK) allow me to continue my reflexion. And in the yurt, I'm actually on the moraine of the Durance glacier - here was 18000 years before.

Every morning, every day, the multicolored pebbles under my feet continue to sing me their ballad. Their striations, shape, bluntness and constitution are all proses of a history much greater than that of humans.

Every night, every evening, the rockslides are singing in my ears. The cracking, the impact, the sharp volatility of the rocks rolling down the slope are all melodies of a story that does not end with our little lives.

You want know more about my geomorphology ? It's by there ! 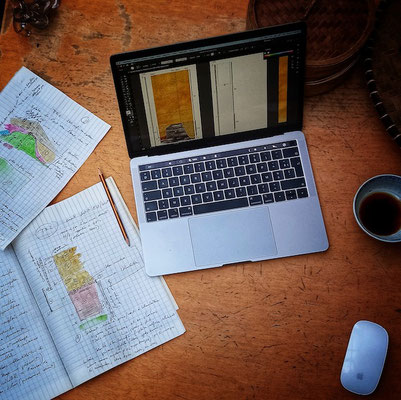 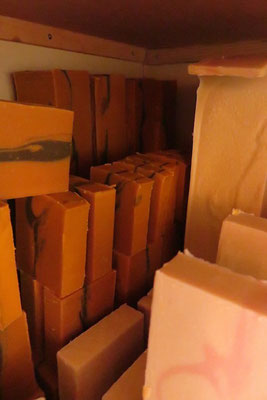 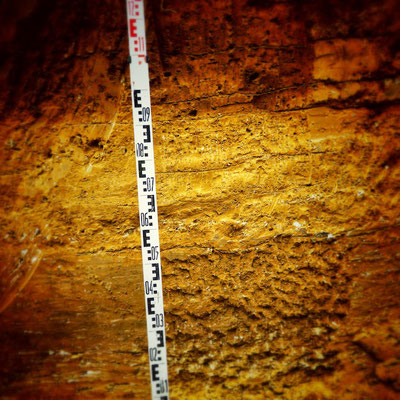 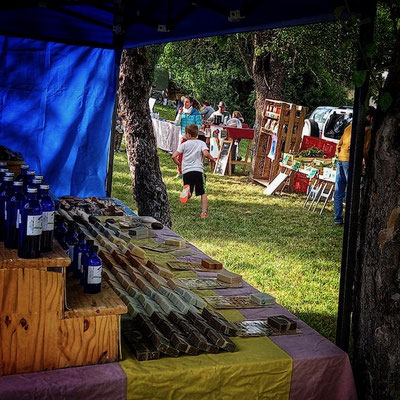 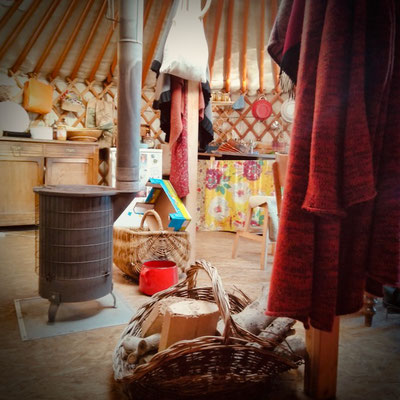 The softness of nomadism